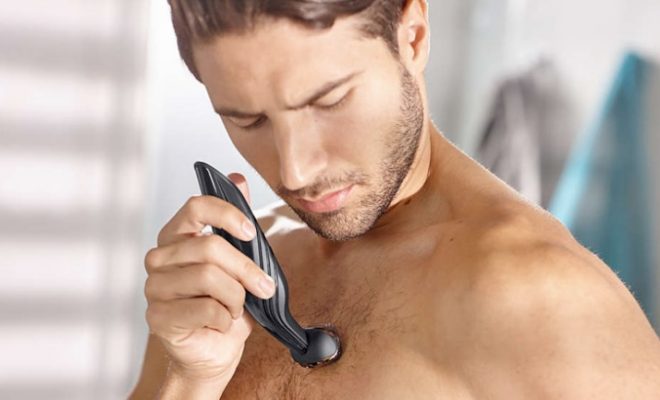 Is Your Guy Manscaping? 4 Reasons He Probably Should Be

Personal grooming and the removal of bodily hair i.e. manscaping is a sensitive topic that, for many decades, was considered to be taboo and distasteful to discuss openly. Yet despite this fact, there seems to be a pretty strong cultural expectation that American women shave and groom to be considered sexy and beautiful. Guys, on the other hand, not so much.

But times are changing and maybe we shouldn’t be giving guys a free pass? Personal grooming isn’t a woman’s issue – it’s something that both genders should be taking seriously.

The Rise of Manscaping

Over the last few years, the idea of “manscaping” has risen to prominence. The conjunction of two words – man and landscaping – manscaping is the act of removing, trimming, or otherwise taming a man’s body hair. According to Shave.net, manscaping can apply to eyebrows, ears, the nose, the chest, armpits, legs, arms, and yes, the undercarriage.

While some guys are totally unfamiliar with shaving anything other than their facial hair, other men have fully embraced the manscaping trend. According to a recent study by Cosmo, 90 percent of men have some sort of grooming routine. When it comes to pubic hair, 17 percent of guys go completely bare, while 69 percent opt for a trimmed look. By comparison, 57 percent of women go bare, while 25 percent trim.

But the most interesting part of the study involves the preferences of romantic partners. According to the survey, just 10 percent of women are okay with their men having a natural look. 70 percent prefer guys to trim their pubic hair, while 12 percent want them to be completely bare.

Despite the gap between what men do and what women want, 77 percent of women have never asked a romantic partner to change their grooming habits.

4 Reasons Your Guy Should Manscape

With the topic of manscaping no longer as taboo as it once was, it’s important to speak up and let your guy know how you feel. And, for the record, manscaping is a good thing. Here are a few of the reasons why you should get your guy to manscape ASAP:

You may not prefer a totally bare look, but we can all agree that a well-trimmed man is far more attractive than a grizzly, unkempt guy with a quilt of hair covering every square inch of skin. And when you’re more attracted to your man, your frequency and quality of sex is likely to improve.

Manscaping is good for your guy’s skin. It reduces sweat and chaffing, allows for better moisturizing, and reduces the presence of irritation and dry skin. As a result, your man will literally be more comfortable in his own skin.

Nobody wants to talk about it, but the presence of body hair – particularly below the waist – can be problematic in terms of health and hygiene. Sweat, excrement, urine, and bacteria can all become trapped in pubic hair. Left untended, this can result in foul odors and even infections or STDs. By trimming up, your guy can instantly become more hygienic.

Confidence is a funny thing. While your man may seem to be stoic and unaffected by what people think, he really does care. And if he can find a way to be confident in his appearance, he’ll be far happier and healthier. He’ll also take on a completely new view of sex and may become open to trying new things in the bedroom. It’s a win-win for everyone.

Manscaping isn’t just about looks. It can directly impact health, hygiene, sex, and confidence. Do your man a favor and encourage him to begin taking part in the manscaping trend. You’ll both find it beneficial.